It’s time to embrace a new way of BEING

To get to know the real you –

YOU who is worthy, valued and sacred

Poonam Bharti, one of the nine Kryon Channels in the world,

is a Metaphysician, a researcher, an Executive Coach, a Certified Hypnotherapist and a Trained Counselor.

She established the Kryon Wisdom Centre in 1998, focusing on transformation of humans and organisations; supporting them to live a life of purpose and approaching their business with a vision.

Since the past twenty years, the Kryon Wisdom Centre team facilitates experiential live Kryon-Channeling Workshops which have impacted individuals and organisations across the country and the region including police departments, prisons, health institutions, schools, cancer hospices & welfare organisations etc.

Kryon Wisdom Centre guides you in transforming your lives through fun, experiential and interactive workshops and sessions with a commitment to help you step out of your limited Identity and tap into your unlimited potential!

Kryon Wisdom Centre works in the metaphysical and physical realm.
The workshops work on changing the genetic code of the DNA. 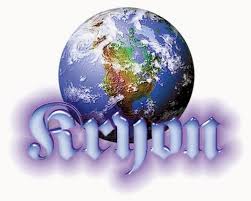 Kryon is a gentle, loving entity and a magnetic master who is here to guide and connect us to our highest potential – God.
Kryon channels this information through nine channels on the planet.

Each of these channels has their own specific purpose.

This energy is omnipresent and experienced fully when we live beyond our identities.

A channel is like a language translator or interpreter who can sense the non-verbal communication from another being and then can guide it in a focussed way to language, which we understand.

Poonam, the Kryon India Channel, translates these messages live during our workshops making it experiential and empowering. She channels information to each participant’s DNA directly, based on their life lessons and karmic completions ensuring transformation and freedom.

We the Kryon Entourage are a happy, ever-evolving, crazy team.
We love undressing our egos.

Our names are not important; our work does the talking!

Constantly Evolving, Upgrading Ourselves and Re-Evaluating Our Work.